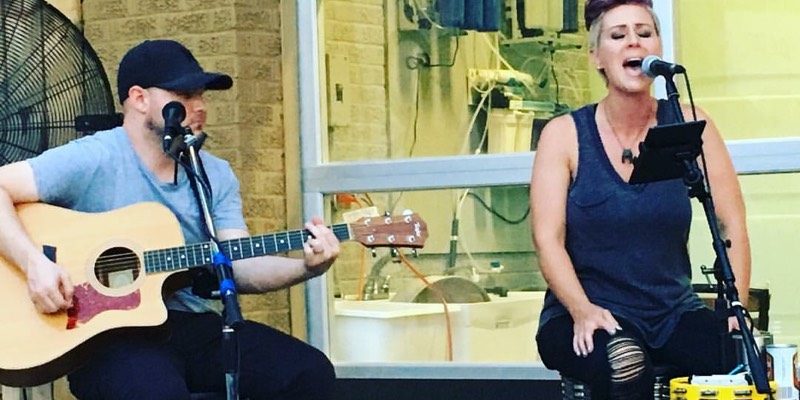 (Writer’s Note: This is not a comprehensive list of live music venues in Bossier.)

When the sun goes down in Bossier, the music comes to life. From small to large venues, music lovers will find a live music bonanza almost every night of the week in Bossier City and the surrounding parish.

Another favorite of live music fans in Bossier is The Stage at Silver Star Smokehouse. The Stage routinely hosts a variety of well-known music acts like Pat Green, Ted Nugent, Josh Abbott, Jana Kramer and Neil McCoy. Among its amenities, The Stage features a second level VIP lounge and private cabanas. And if you want to fill your stomach before the show, Silver Star Smokehouse offers some of the best barbecue in town. 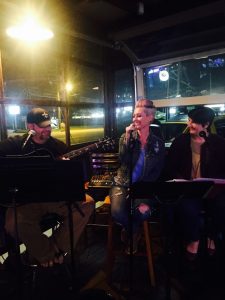 But live music in Bossier is not limited to just big name acts. Emily Petzold is a singer who performs often around Bossier City with a variety of local musicians and bands, including Dirty Moses and the Burning Bushes, Melrose, and ten-piece band Earshot Grafitti. Emily and her husband Terry moved to Bossier City from Arizona in 2006.

“This town seems very receptive to musicians,” Emily said. “In big cities such as Phoenix where I came from, a live band at a restaurant was almost unheard of and when there was one, it was just background noise and not many paid attention. Here in Bossier, people always take time to come thank you or tell you how much they enjoyed it. They like to find out who you are and where they can hear you next.”

One of the places Emily often sings is 2Johns Steak and Seafood on Airline Drive. 2Johns has hosted live music in their piano bar every night since they opened in August of 2009. Owner John Montelepre, Jr. decided early on he would treat live music as an investment, not an expense.

“First of all, I love music! I think it is part of the 2Johns experience,” John said. “The reason I think it is important for the restaurant and the bar is that it sets a tone or a certain vibe for your venue. I have people that come into my restaurant and tell me it really has a good feel! They say you can tell this is a happening place and I think the music is a big part of that. I am proud to say we are the only restaurant in Bossier and Shreveport that has live music every night we are open and have been doing that for nine years now.”

Getting Gig After Gig

For many performers like Emily, becoming a working entertainer in Bossier City was not something she set out to do. With the prevalence of music-friendly venues, Bossier has become a magnet of sorts for anyone willing to step on stage and perform.

“Shortly after we moved here, we were asked to help launch the Simple Church, and I was asked to sing with their band,” Emily said. “The band is mainly made up of local musicians that played around town, and so, after awhile I started singing with some of them in different bands and venues. Singing was always just something I enjoyed doing when I got the opportunity. I never sought a gig and now the gigs just find me and keep multiplying simply out of this town’s want and love of live music wherever they are.”

Some of the other venues Emily performs at include the River City Grille on Benton Road, Daq’s on Old Minden Road and the Flying Heart Brewing & Pub in downtown Bossier City. 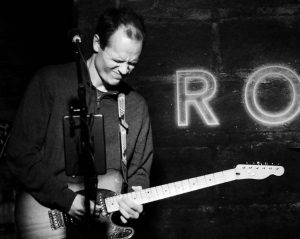 Bossier’s four river casinos are also a hotbed for live music. From big names to regional acts, the casinos are consistently showcasing music. At Boomtown you can visit Sundance Cantina, which hosts live music Friday and Saturday 8 p.m. to 12 a.m. The Agave Bar at DiamondJacks has live music Thursday from 6-10 p.m., and Friday and Saturday 8 p.m. to 12 a.m. For big band enthusiasts, Margaritaville hosts the rocking Big Band Tuesdays with the Bill Causey Orchestra in the Paradise Theater. At Horseshoe, you can hear live music at the Whiskey Roadhouse Bar.

The night time is not the only time to find live music in Bossier. The Benton Farmers’ Market has live music at their weekly event now through July 15. You can catch their live music on Sunday afternoons from 1-4 p.m. The farmers’ market recently hosted American Idol contestant Garrett Jacobs. The market features produce from local farmers as well as artisans of all kinds. 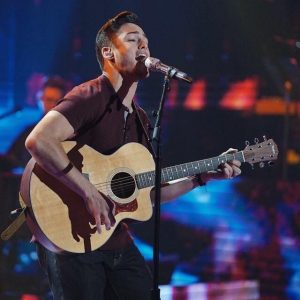 When it comes to the Bossier music scene, constant growth is the theme. Flying Heart Brewing in downtown Bossier recently began hosting a night of dueling pianos featuring Queen Anne’s Revenge. And as another testament to the depth and growing talent of its live music scene, Bossier has even produced top contestants on both The Voice and American Idol. For Emily, this comes as no surprise.

“This town has incredible talent that I think most take for granted,” she said. “I’ve lived in multiple states and cities and have never experienced this much musical talent in one city before. So many great artists have gotten their start from this area and I am proud to call it home.”

Want to grab a bite to eat before enjoying live music in Bossier? Check out our blog on restaurants in Bossier with the best patios.