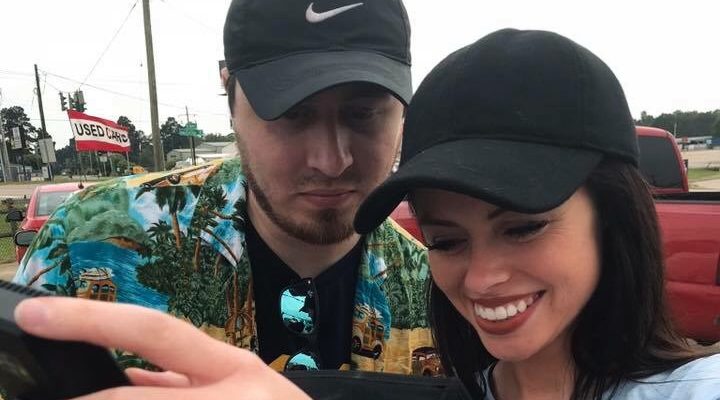 Before they even met each other, Bossier couple, Melissa and Josh Munds were both interested in film. Josh remembers getting a camcorder to record his friends doing skits. Melissa was a digital media production major in college. So, it should come as no surprise that once these two got together they continued to pursue their passion for filmmaking.

This year was especially exciting for the two because they each made films that made it into the Louisiana Film Prize Top 20. Since 2012, Film Prize has brought together local film lovers and filmmakers for the annual film contest and festival. There will be 20 films competing this year for the $50,000 grand prize and both Josh and Melissa have a film in the running. 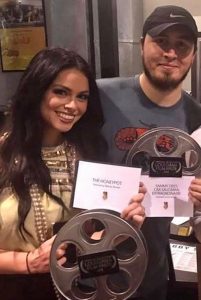 Even though, the two are supposed to be competing against each other. They were very involved in the making of each other’s films. Melissa was the editor for both her film, “The Honeypot” and Josh’s film, “Sammy Dees: Car Salesman Extraordinaire.” She was also 2nd camera operator and producer for Josh’s film. Josh was the asst. director and producer for Melissa’s film.

“Like many other groups around this area, we like to help each other out,” Melissa said. “We are kind of rooting for each other, but there is always going to be that little bit of competitiveness which I think makes it fun for us.”

In fact, she says her and Josh were a part of other films that are competing in Film Prize.

“Locally, we all really do help each other out,” she said. “We like to join and get involved because it’s so great that Louisiana Film Prize brings film to the area and gives us a chance to be creative.”

The first time Melissa and Josh attended Film Prize, they went to a screening in Bossier. Last year, Josh directed a film called, “Death Day” which made it into the competition. Melissa was inspired this year to join in on the fun and make her own film.

“It was so cool, ” she said. “Last year, Josh was the director of ‘Death Day’ and that was our first film to get in. I was along on that journey with him, but I wanted to write my own this year and have us both do films.”

Melissa’s film, “The Honeypot” is about a group of women that meet two interesting individuals — a flirty, overconfident man, and… his mommy. Learning the pair are involved in the casting business, the women are invited to a surprise, late-night audition for the director’s latest film. Two of them take the bait. She says she wanted to create a film with strong female leads.

“I wanted to put some strong female characters in a situation where they could use their brain and their wits to get out of the situation.”

Josh’s film, “Sammy Dees: Car Salesman Extraordinaire” is a tribute to old time comedians. Josh originally wrote the story as a skit, but it kind of snowballed from there. The film will tell the story of Sammy Dees as he either faces the changing times or loses his once-famous car dealership. Josh says once he met actor Jeremy Smith, he knew he found his lead. 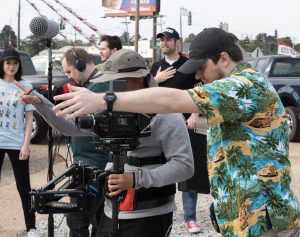 “I had a Bernie Mac type of character in mind and this guy Jeremy Smith sends me a clip of him in a car lot pretending to sell the cars,” Josh said. “I didn’t give him any direction and he nailed it. He auditioned and immediately Melissa and I were like this is the guy. It was an instant cast.”

When they aren’t working on Film Prize shorts, the Bossier couple both have incorporated film production into their professional lives. Melissa works as a Video Producer/Marketing Communications Specialist for Hardware Resources in Bossier. Josh does promotional videos for websites and local businesses as freelance work. Together, they created NewMunds Productions where they post online shorts and skits.

Both of them love living in Bossier. Melissa says she couldn’t imagine living anywhere else.

“It’s my favorite place that I’ve ever lived,” she said. “I grew up in small towns and for me Bossier just has everything that I need. There is no place I’d rather be.” 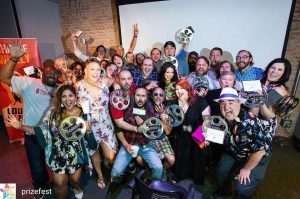 In the future, they will continue to do what they love. Melissa and Josh encourage everyone to come out to Film Prize this year because it’s a great way to support locals.

“There are a lot of locals involved this year which means more local businesses are used for filming locations and it takes an army so I guarantee someone you know is in one of these films. So, that’s kind of cool to see someone you know or an establishment you know on the big screen.”

You can watch both of their films at the Louisiana Film Prize this year from Oct. 3-7 at various locations. Click here to purchase your tickets.