Air Force brat and Pastor Robert Payne has been a resident of Bossier City for the last six
years, the longest he’s ever lived in any place his entire life. After 24 years of his own service in
the Air Force, Payne retired at Barksdale Air Force Base three years ago. He is the Dallas
Cowboys’ biggest fan and enjoys life with his wife of 22 years and two children.

Ironically, Payne never liked church services growing up, but he loved Sunday School and studying the Bible. He loves to teach and help others, so almost 20 years ago he made the decision to follow his
surprising calling to ministry and is currently the pastor of St. Mary AME Church in Shreveport.
Not only is Payne passionate about sports and his faith, but he has always been passionate
about comic books since he was a child.

“My passion for comic books started because of the pictures. I wanted to draw so bad,
but I soon realized I had zero artistic ability,” joked Payne. “After a while, it really was about the
stories. About being heroic and wanting to do more and help people.”

Payne’s love and knowledge for comic books, the movies they’re based off, and even
sports are tools he uses in his career as a pastor. His writes about the subject matter in his book, “Comic Book Christianity: Where Christ’s Book Meets Comic Books.”

“I believe Jesus was a great storyteller. He was able to take everyday things and speak
spiritual truths with them. I use a lot of sports analogies when I preach because I think it
resonates with people and helps them understand what it is I’m talking about,” said Payne.
“I tell my members that I’m going to discuss these movies, so they won’t mess the
message up when it comes. I want them to get it and understand who they are in Christ and
who He is as our ultimate hero.

Jesus used what His followers recognized to tie the message together, so they would get the point. That’s exactly what I want to do. I want people of all ages to understand my message. I meet a lot of people that don’t know or understand anything about Jesus, but almost everybody knows a little something
about Superman.”

Superman, the hero of all heroes, is the first comic book character that Payne compares
to Jesus in his book. Like Jesus, Superman was sent to earth by his father to help save the world
with all the “powers” he was gifted with. People of earth cried out to Superman when in
trouble the same way believers cry out to Jesus. The first time he made this revelation, it
couldn’t have been clearer. 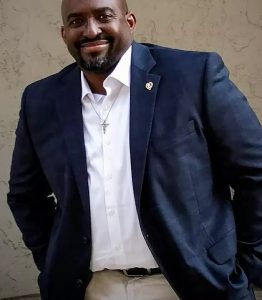 Superman was stabbed in the side, people were saying they needed and didn’t need a savior, Superman coming back from the dead, the whole thing really made me start looking at the movies and wondering how I could preach that.”

When asked if Payne thought Superman best represented Jesus out of all the comic book characters he’s read about, he didn’t exactly agree.

“I look for Jesus intentionally in all the characters. When I watch the movies, I am
looking for how I’m going to preach about this,” said Payne. “For example, Thor is the son of
God and Spider-Man’s mantra that no one dies. I see the little aspects in all of them.”

Not only does he study the heroes as individuals and how they relate to Christianity, but
he does the same for the superhero teams that most people are familiar with.

“I absolutely think that Christians can be compared to the superhero teams. As strong as
we talk about Superman being, he still needs help, so The Justice League is a great example for
this,” said Payne. “Christians have this idea that they’re going to do all these things by
themselves, but I don’t care what superpowers you may have because you still need help.”

“The beauty of it is that you take all of these different powers and abilities and when
you put them together, you get success,” said Payne. “If that’s not the church to me, I don’t
know what is.”

Payne hopes that the readers of his book understand that the hero they love and admire
has been inside them the whole time.

“We’ve all been gifted by Christ to go out and do something different and better than
anybody else and if somebody will read that and get excited about God and also who they are,
that would be perfect,” said Payne. “I want people to get excited about the power within
themselves to serve God and do great things.”