The dogwood tree blossoms are a symbol of spring in the South, and the tiny town of Plain Dealing played host to an annual celebration that marked their arrival for over fifty years. Do you know the history of the Dogwood Festival in Plain Dealing?

In the 1500s, Spanish explorers including De Soto’s chronicler recorded the natural beauty of what seem to be describing the areas of North Bossier and Plain Dealing. For hundreds of years, however, this beautiful hilly terrain proved difficult to travel, so the masses did not get to enjoy all of the splendor.

By the 1950s, there was enough desire to enjoy the blooming dogwoods that organizations like the Lions Club, the American Legion and several others joined the town officials of Plain Dealing to create a drive that would allow regular access through some of the landscape. The drive provided some areas that could be accessed with a vehicle and others that would suit equestrians, cyclists and pedestrians.

In 1951, the first Plain Dealing Dogwood Festival was held in the springtime and it ran every subsequent year until 2003. The festival brought in thousands of visitors from all throughout the Ark-La-Tex and provided a range of fun activities which were really carried out over the course of a whole week, rather than just a day or weekend. 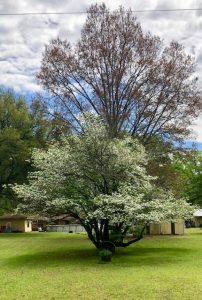 People attending the festival were in for a treat! The kids could participate in fishing tournaments and Easter Egg hunts. Artists were able to submit works for competition, display or sale. There was a mystery treasure hunt with a cash prize that could happen to go unsolved from one year to the next. Live music, square dances, equestrian and Harley rides, and fun-runs were also favored activities. Perhaps one of the most esteemed attractions was the parade which was filled with marching bands, floats, dancers and various groups. Of course, what big festival and parade would be complete without the coronation of its very own beauty queen?

The Dogwood Queen, as she was titled, was first crowned in 1952 and then every year following. The pageants mostly included evening-wear and swimsuit categories, and the contestants were asked to answer questions for a panel of several professional judges. 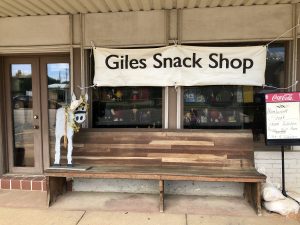 “It was a whole week of festivities that everyone in the town joined into,” said Hamiter, who had attended the parade every year throughout her childhood.

“Everybody enjoyed it, they participated in it…it used to be a family deal. You couldn’t get down the streets on the day of the parade because of all the people.”

As the Dogwood Queen, Hamiter competed in the Bossier Parish pageant where she placed third and was then asked to be Miss Army Recruiter for North Louisiana.

“I went to a different pageant, a different parade, every weekend for a year and a half! I was a senior in high school and I was representing Plain Dealing.”

More festivals in the future? 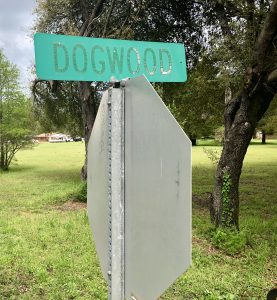 The dogwoods on the drive have decreased greatly in their numbers, and thus decreased in some of their splendor, over the years but are still lovely to see. During the final few years of the festival, Hamiter said the activities had dwindled a bit and it had become more centered around arts and crafts.

Because of issues the town was having with policing the crowds and being able to handle the clean-up after the festival closed, Plain Dealing decided not to continue the annual celebration from 2004 on. There are whisperings though, among the town folks, that with a new Town Council and a new Mayor, there might just be a chance the festival will be brought back for future generations to enjoy.