Randy Stewart is a people person.

The 27-year-old says he loves meeting people right where they are, not considering where they are going or where they have been. He loves doing what he can to help them, which is part of his new career path.

He has been serving as the safety coordinator for Brown Builders, but is changing paths with his career in construction coming to an end.

“As my career pertains to helping people is taking a new turn, I am currently enrolled in classes at Bossier Parish Community College and will be eligible to apply to the Respiratory Therapy Program Spring 2020,” Randy said. 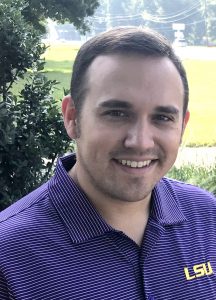 Let’s find out more about this month’s millennial pro with some fast facts:

If there was one thing Randy could tell people about Bossier, he joked that it would be to stay away from Airline Drive between noon and 4 p.m. But seriously, he says it would be that the schools are great and although it might not seem like it on the surface, Bossier has a lot to offer and once you get plugged into the community, you will see its true greatness.