A software developer, identical twin, family man and first Chief Technology Officer for the City of Shreveport, Keith Hanson is an accomplished entrepreneur and a product of Bossier Parish Schools.

After some moving around between Louisiana, Texas, Oklahoma and Arkansas, Hanson attended Apollo Elementary for fifth grade, Greenacres Middle School and Airline High School where he graduated with a resume that would pace him ahead of his classmates.

“In high school I had an internship with a local dry cleaning company,” Hanson said. “I wrote some inventory management software for their satellite location so they could report in that they needed certain supplies.”

As advanced as that may sound for a teenage internship, this was far from the beginning of Hanson’s experience with technology. He began to foster that love at the young age of 12.

“I went up into my attic and found a book that my dad had used in college. It had a game on the front of the box,” he said. “We had a floppy disk computer and that was the only one my parents would let me use [to practice coding] because you could break it pretty easily. So I broke it many times and put it back together many times.” 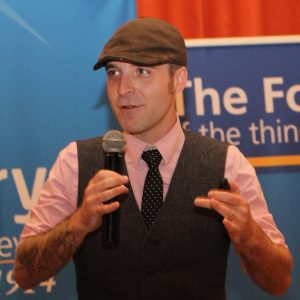 It was during that process when he learned how to write Pascal Coding. Pascal is a programming language published in 1970 to encourage good programming practices. Hanson says a chance encounter with a debugger for Pascal at a local company indefinitely changed the way he viewed programming.

Just as he imagined, his interest in coding would be the mold for his professional career. In the years that followed, Hanson was laser focused. He spent all of middle and high school writing software and improving his skill set. After collecting his diploma from Airline, Hanson went on to work in various jobs that allowed him to learn more technical and management skills.

In 2010, he launched Twin Engine Labs as a co-founder with his identical twin brother. The company was created to assist entrepreneurs with app development. In January, Twin Engine Labs merged with Lunabyte, under the new name of Ruby Shore to include a wealth of services such as social media marketing and digital service management for their customers to have an all-inclusive experience.

Hanson doesn’t have the active role he once did with his startup company. In 2018, he ran for the District B seat on the Shreveport City Council. Although he lost that seat to Grayson Boucher, he admits he didn’t know his next role would be an even better fit.

“This was a surprise. After my crushing defeat with city council,” he says laughing. “I got a message from Mayor Perkins, then candidate Perkins, saying ‘what would you think about submitting your resume to be the first Chief Technology Officer?’”

After some thought, Hanson decided to throw his name in the hat. He was later confirmed as the city’s first ever CTO. Hanson says what appealed most to him, was the ability to perform the duties he already wanted to complete as a member of Shreveport City Council. His duties as CTO will include improving the city’s technology systems and processes while in turn, saving the city money. Although this is not the role Hanson saw for himself as a young coder in Bossier City, he has zero complaints.

“I loved my job! It was fantastic. But I also love, love recruiting. I just collect names of smart people. I also love team building and empowering team members to do more than they were previously allowed to. It’s been fascinatingly complex and very beneficial for everyone on staff.” 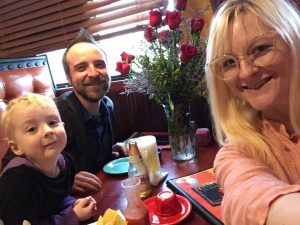 Hanson is married to Katie Bickham, a published author and teacher at Bossier Parish Community College. Together they have a four-year-old son. During Hanson’s spare time, he loves to play video games, saying his favorites include heavy character development.

Check out this video on Keith Hanson for 6 quirky facts about the Airline grad.