At the age of 15, Dalton Smiley received his first camera for Christmas and the rest is history. He began shooting pictures of his friends, which led to senior portraits, which led to engagements and weddings that are now all over the world.

Dalton has been a self-taught photographer. He has taken two online classes and watched countless videos and studied many photographers’ images. During the latter half of his high school career, he began what would become Dalton Smiley Photography. It has now developed into an entire brand and business all run by Dalton himself at age 20.

“I am an international wedding photographer who specializes in intimate weddings and elopements all over the state of Louisiana, but also the country and world,” he said.

Though he has only been shooting for around 5 years, Dalton’s list of photo shoot locations  is extensive. He has taken photos in South Carolina, California, Oregon, Washington, Boston, New York, Colorado and also Australia. In 2020, he will be shooting in areas like Mississippi, Texas, and one trip he’s very excited about is Florence, Italy.

So his business has been a successful and growing business but what made him first want to pick up a camera and capture the people, places, and things around him?

“I have always been interested in it (photography), one year I asked for a camera for Christmas and then following that I just kept purchasing more,” he explained. “Whenever I would get more money, I would invest it back into my business.” 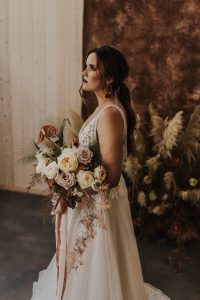 Though his business has grown quickly, he continues to focus on graduating from LSUS in May of 2021. Dalton is currently working on a marketing degree that he has already been successfully putting to practice in his own business.

“I always hoped it would grow a lot, but I never expected it to grow as fast as it has,” he said. “Currently I am a full-time student, but I am also a full time wedding photographer so it is really difficult to juggle the two but it is a unique perspective to have and a unique position to be in to be able to do both at the same time.”

Dalton has surrounded himself with resources, connections and great support to help his business, as well as himself, grow. Though he is no longer in Bossier Parish, he has great respect for the people and community that have helped him get to where he is today.

“Bossier has a very unique community aspect. I think that locals support locals and it really helps,” he said. “I have people all the time that are like ‘Hey I saw this location and I thought of you!’ just like random people that really try to help my business.”

From a pat on the back to a suggestion for a location, there are many people in the Bossier area that are thrilled for what is to come for Dalton and his business.

“People will see me and say ‘I have seen where you’re going, so proud of you,’” he said. “I have such a support system in Bossier.”

Recently, Dalton has taken up a new hobby. He started making videos on YouTube that are, in his own words, hilarious.

“I love to be creative and to express myself in different ways,” Dalton laughed. “Whether that be with photo editing or video editing.”

His videos have been a success so far because he has had many businesses reach out and ask to collaborate with him. Now, he has the opportunity to incorporate Bossier in the mix of what he’s already doing to bring laughter and a smile to people’s faces.

As his business continues to grow, he doesn’t plan to slow down. Dalton has plans to one day potentially open a storefront for something that is outside of photography. He also plans on continuing to market and grow his personal brand. The best part of all of it is that he can decide what he does.

“I’ve really enjoyed being my own boss,” he said. “I hate being put in a box, you get to set those rules and those limits.”